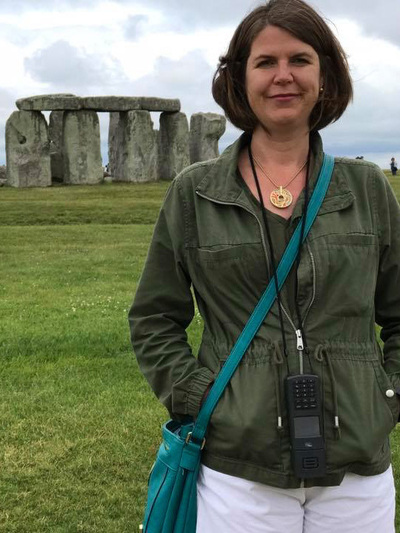 Sara M. Butler earned her honors B.A. in history from York University (1995), her M.A. from the University of Toronto (1996), and her Ph.D. from Dalhousie University (2001), where she worked with C.J. Neville. She spent twelve years at Loyola University New Orleans, attaining the rank of Gregory F. Curtin, S.J., Distinguished Professor and where she founded the Legal Studies interdisciplinary minor program and co-founded the History Pre-law major, before joining The Ohio State in autumn of 2016.

Sara’s research publications lie in the social history of the law.  She has authored three books:  The Language of Abuse: Marital Violence in Later Medieval England (Brill, 2007), Divorce in Medieval England: From One to Two Persons at Law (Routledge, 2013), and Forensic Medicine and Death Investigation in Medieval England (Routledge, 2015), and co-edited a volume of articles with Wendy J. Turner, entitled Law and Medicine in the Middle Ages (Brill, 2014). She has also written on subjects such as suicide, abortion by assault, coverture, medical malpractice, and more recently on singlewomen. In 2007, Sara was awarded the Sutherland prize by the American Society for Legal History for her article, “Degrees of culpability: Suicide verdicts, mercy, and the jury in medieval England,” (Journal of Medieval and Early Modern Studies 36.2, 2006). Her most recent endeavor is an online blog entitled “A Legal History Miscellany,” co-written with Katherine Watson (Oxford Brooke’s University) and Krista J. Kesselring (Dalhousie University), with the goal of making England’s early legal history accessible to a broader audience. Sara’s teaching interests are in criminal law, medicine, Christianity, persecuted groups, and women.

Sara’s interests outside the classroom involve reading Scandinavian murder mysteries, running and walking, travel in Europe, and hanging out with her family and two dogs (named for Vikings: Ragnar and Floki). As a recently naturalized citizenship, she is very much looking forward to voting in her first American election.