WGSS Statement in Response to the Russian Invasion of Ukraine

WGSS Statement in Response to the Russian Invasion of Ukraine 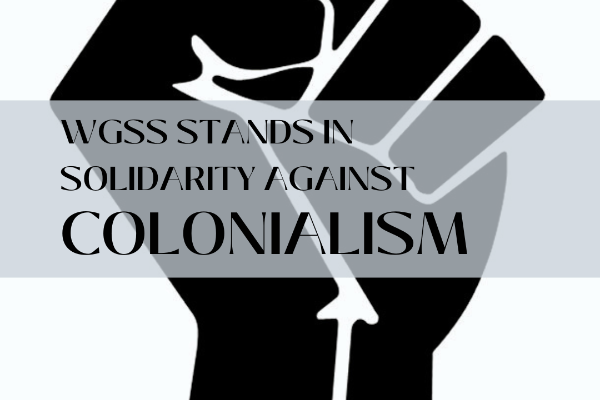 Russia and its authoritarian government, led by Russian President Vladimir Putin, launched an unprovoked invasion of the democratic and sovereign state of Ukraine. This invasion violates international law and the principles articulated in the United Nations charter. As a feminist community opposed to war, colonialism, imperialism, authoritarianism, racism, and heteropatriarchy, we categorically condemn this invasion and reject any attempt on the part of the Russian government to justify their actions by misinterpreting and distorting Russian and Ukrainian history. We stand in solidarity with colleagues and activists across the region who oppose the war and who are working to support and protect open societies by challenging sexist, homophobic, transphobic, racist, classist, ableist, and ageist structures that reproduce injustice.

We support those who call upon the international community to work towards a peaceful, sustainable, and fair resolution to the war and to provide aid and security to Ukraine to shut down Russia's jets and ballistic missile attacks.