Sara Koopman Lecture: "What Does a Feminist Peace Look Like? Colombia's Struggles Over the World's Most Inclusive Peace Accord"

ATTENTION! Many Ohio State events scheduled through April 20 have been canceled, rescheduled or reformatted. The safety of our community is our top priority. We will share updates as more information becomes available. 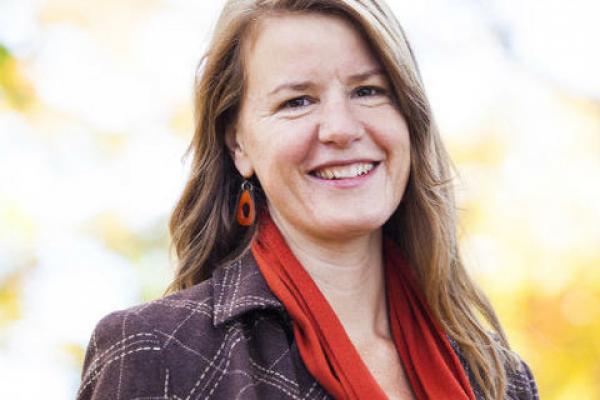 Dr. Sara Koopman is a Professor in the School of Peace & Conflict at Kent State University. Earning her PhD in Human Geography from the University of British Columbia, Dr. Koopman mainly focuses on feminist political geography in her research, including alternative securities, international accompaniment, gender and security, peacebuilding in Colombia, and social movements and solidarity. Specifically, her work explores global North-South solidarity efforts, how it can fall into colonial patterns, and how it can be decolonized.

Dr. Koopman will be visiting campus her public lecture in February, titled "What Does a Feminist Peace Look Like?: Colombia's Struggles Over the World's Most Inclusive Peace Accord." Please join us in the Psychology Building, Room 014 on Monday, February 4th, 2019 at 3:30pm for the lecture.

The Colombian accords are the first in the world to recognize that those already marginalized because of age, ethnicity, gender, sexual orientation and other categories suffered differently during the war, and thus need targeted measures to build peace. Drawing on Colombian constitutional court decisions, this is called a differential approach. But this aspect was added to the accords at the last minute, and while Colombia was in the midst of a homophobic backlash against recent LGBT civil rights wins. The approach was attacked as promoting a ‘gender ideology’, and it played a key role in the popular no vote against the accords. This presentation will cover how and why difference was taken into account in the accords, as well as the fight both against and then for keeping this approach, which was changed but kept in the renegotiated accords. It also turns to how this approach is playing out in the implementation of the accords. Notably the word intersectional was finally used for the first time in the peace process by the official implementation oversight commission, but that awareness is rare in implementation practice.

Dr. Koopman will also be leading a graduate seminar in the early afternoon at 12:30pm in 286A University Hall, titled "Thinking About, Thinking For, and Thinking with Social Change Activists." To attend the seminar, please RSVP to Elysse Jones at jones.6187@osu.edu. Seating is limited.