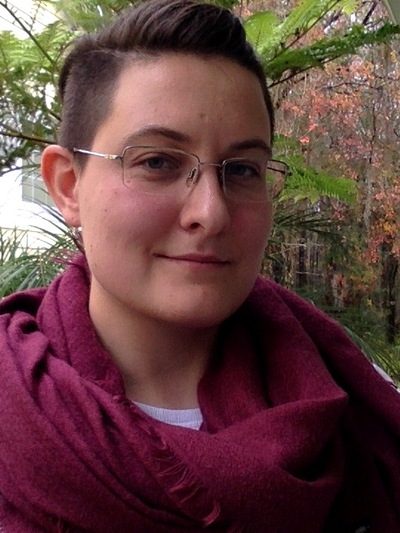 In my dissertation, Geographies of Solidarity: Rethinking ‘Hidden’ Histories of Socialist Internationalism for Transnational Feminism Today, I explore unclaimed histories of socialist internationalism to imagine their relevance for transnational feminist solidarity today. I look specifically at the relations between Black women and state socialist women as well as “sister city” solidarities. I examine the underlying causes for why these histories are unclaimed both in East European feminist work and western situated transnational feminist theorizing. In my returning to past solidarities made possible by socialist internationalism, I consider “what could have been” if such connections had survived the ideological demise of state socialism. I theorize a “postsocialist reading practice” through three encounters: Audre Lorde’s travels to the Soviet Union; “sister city” solidarity between Minsk, Belarus and Bangalore, India; and Black women sojourners to the Soviet Union focusing on Alice Childress, Claudia Jones, Louise Thompson Patterson, and Eslanda Robeson. I visited multiple archives for this project, including the Schomburg Center for Research in Black Culture, NYU Special Collections, Moorland-Spingarn Research Center at Howard University, Emory University's archives and special collections, and Spelman College archives. I approach archival materials to understand the current resonance of Black internationalist feminism for different geographies, such as the former second world, that exist in the dual imperialisms of Europe and Russia. Throughout, I am attuned to the myriad logics of racialization in both the U.S. and Europe’s peripheries, as well as the intersecting oppressions of racism, heterosexism, capitalism, and imperialism.

I currently am teaching courses in WGSS and courses cross-listed with the Department of African and African American Studies. I have taught a range of courses, including Gender, Sex, and Power; Black Women Writers; Health and Inequality; Sexualities and Citizenship; and Regulating Bodies: Global Sexual Economies.

Publications in Russian and Belarusian

2012. “‘Compulsory Motherhood’: the Female Reproductive Body as Regulated by the State (Based on the Analysis of the Newspaper ‘Sovetskaia Belorussiia’).” Laboratorium, 2: 69—90.