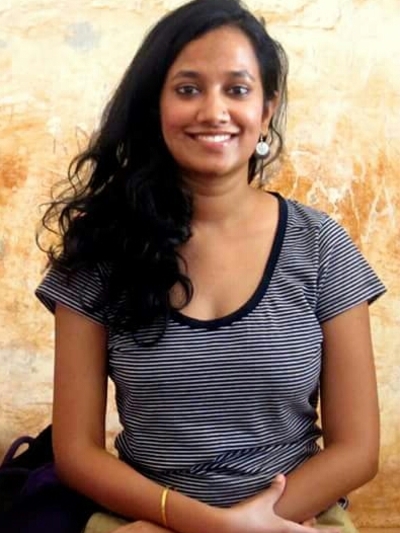 Sujatha Subramanian is a PhD Candidate, a Graduate Teaching Associate and a Distinguished University Fellow at the Department of Women's, Gender and Sexuality Studies at the Ohio State University. Sujatha has an M.Phil in Women's Studies and an M.A. in Media and Cultural Studies from the Tata Institute of Social Sciences, Mumbai and a B.A. in English (Hons.) from Delhi University.

“From the Streets to the Web: Looking at Feminist Activism on Social Media.” Review of Women's Studies, Economic and Political Weekly. Vol - L No. 17, April 25, 2015.
“Of Real Identities: Expressions of Femininities and Sexualities in Online Spaces.” SubVersions. Vol. 3, Issue 2. June 25, 2017.

“Is Hindutva Masculinity on Social Media Producing A Culture of Violence against Women and Muslims?”. Economic and Political Weekly. Vol- LIV No. 15. April 13, 2019.

“Women from Outside: Review of Selfing the City: Single Women Migrants and Their Lives in Kolkata.” Economic and Political Weekly. Vol. 53, No. 19. May 12, 2018.