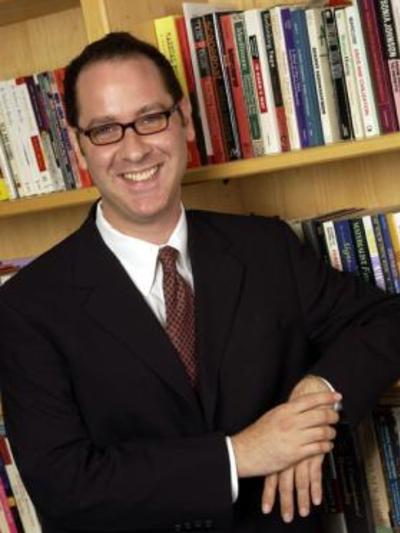 Marc Spindelman, the Isadore and Ida Topper Professor of Law, is a graduate of the University of Michigan Law School. Following law school, Professor Spindelman clerked for Judge (now Chief Judge) Alice M. Batchelder on the U.S. Court of Appeals for the Sixth Circut, and was an associate at Cadwalader, Wickersham & Taft in New York City.

After leaving Wall Street, he was a Reginald F. Lewis Fellow for Law Teaching at Harvard Law School, taught as a Visiting Instructor at the University of Michigan Law School, and spent two years as a Greenwall Fellow in Bioethics and Health Policy at Georgetown University and Johns Hopkins University. While a Greenwall Fellow, Professor Spindelman was also an Adjunct Professor of Law at the Georgetown University Law Center, a Faculty Associate at the Johns Hopkins University Bloomberg School of Public Health, and a Research Fellow at the U.S. Food and Drug Administration’s Center for Drug Evaluation and Research.

Since joining the faculty at the Moritz College of Law, Professor Spindelman has also been a Visiting Professor of Law at the Georgetown University Law Center (Spring '05), and at the University of Michigan Law School (AY '07-'08).

His recent scholarship (see below) focuses on certain problems of inequality, chiefly in the context of sex and death. He regularly teaches courses on Family Law, Constitutional Law, Advanced Constitutional Law, Bioethics and Public Health Ethics, and Sexual Violence.

Some Thoughts on Same-Sex Prostitution, 8 Georgetown Journal of Gender and the Law 1013 (2007) (invited)

Ohio Court Redefines the Future for Gays, Lesbians, The Plain Dealer, August 16, 2007, at B9

A Dissent from the Many Dissents from Attorney General Ashcroft’s Interpretation of the Controlled Substances Act, 19 Issues in Law & Medicine 3 (2003)

Some Initial Thoughts on Sexuality and Gay Men with AIDS in Relation to Physician-Assisted Suicide, 2 Georgetown Journal of Gender and the Law 91 (2001)

Professor Spindelman is regularly consulted by the press, chiefly domestic but also international, on a range of subjects about which he writes, including constitutional law, the law and ethics of death and dying, and lesbian and gay rights.