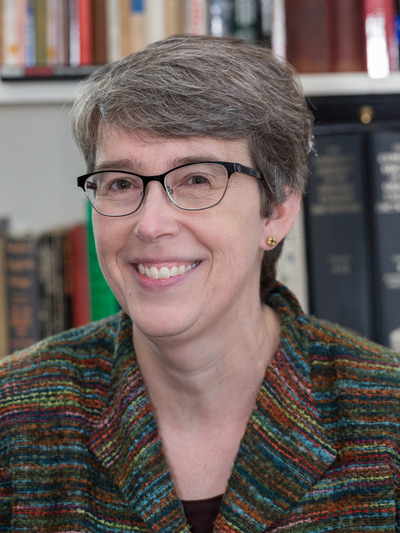 Danielle Fosler-Lussier has taught at The Ohio State University School of Music since 2003. Educated at the University of Pennsylvania (BA), the University of Hamburg (DAAD scholar), and the University of California, Berkeley (MA, PhD), she spent three years as a postdoctoral fellow at Princeton University's Society of Fellows in the Liberal Arts before coming to Ohio.
Her research on music and Cold War politics in Eastern and Western Europe and the United States has been supported by an AMS-50 dissertation fellowship as well as fellowships from the National Endowment for the Humanities, the American Council of Learned Societies, the International Research and Exchanges Board, the Eisenhower Foundation, and the Mershon Center for International Security Studies.
Fosler-Lussier is the author of two books: Music Divided: Bartók's Legacy in Cold War Culture (University of California Press, 2007); and Music in America’s Cold War Diplomacy (University of California Press, 2015). The latter book is accompanied by an online database of U.S. cultural presentations from the 1950s to the 1980s.
Fosler-Lussier’s other publications about U.S. government sponsorship for musical performances include “Music Pushed, Music Pulled: Cultural Diplomacy, Globalization, and Imperialism,” Diplomatic History 36, no. 1 (January 2012): 53-64; “Cultural Diplomacy as Cultural Globalization: The University of Michigan Jazz Band in Latin America,” Journal of the Society for American Music 4, no. 1 (February 2010): 59-93; and “American Cultural Diplomacy and the Mediation of Avant-garde Music,” Robert Adlington, ed., Sound Commitments: Avant-garde Music and the Sixties (Oxford University Press, 2009), 232-253.
Her teaching and research interests include music as a site of international contact and exchange; twentieth-century music; and the music of Joseph Haydn.